How to clear purgeable space on Mac

What is purgeable space on Mac

The concept of purgeable space 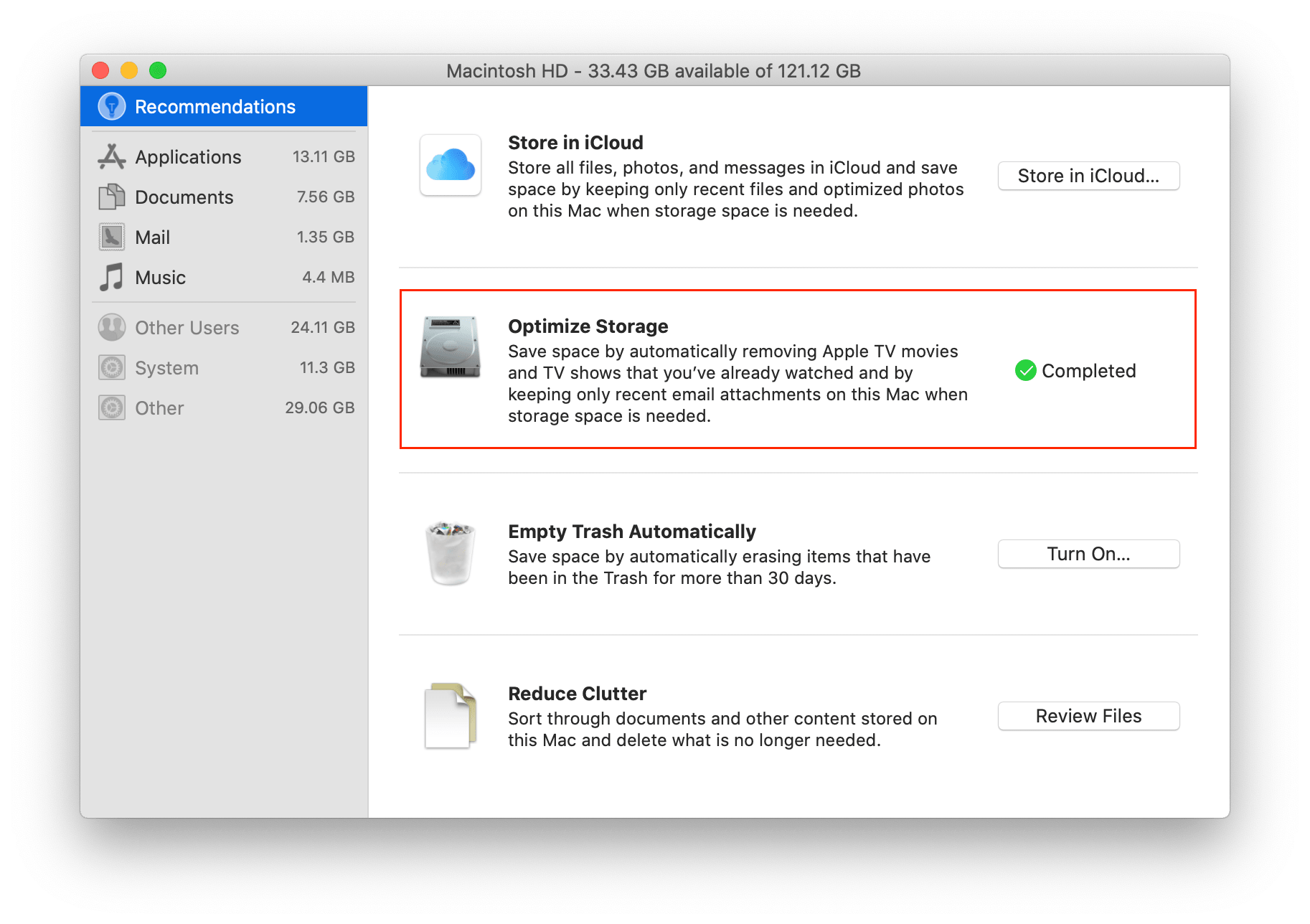 Mac disk purgeable space is the storage that your system keeps in case you want to re-download the files you removed for making some free space. Let us explain how it works.

When you turn on Optimize Mac Storage, the system makes more available space using these options:

What files does purgeable space store?

Here is the list of types of files that purgeable space can refer to:

How does purgeable space work?

A number of Apple applications can delete files but effectively leave them on your disk. This is true for the Safari Browser, Apple TV, Mail and some other applications. Let us explain how it works.

There are 4 types of spaces on a disk:

Imagine, the system marks a file as being deleted. Then the system moves it from used to purgeable storage. In the Storage usage panel (About this Mac → Storage), the user will see that the free space on his disk has increased. If the disk runs out of space, then the file which was marked as being deleted will be overwritten with new files. If the file which was marked as being deleted is required again, the system will change its status again and displays as not being removed. This file will no longer be in the purgeable storage category.

Should I clear purgeable space?

In most cases, you don’t have to worry about Mac purgeable space and shouldn’t clear it. It’s just a useful feature that allows your Mac to create extra space for you when needed. However if for any reason you want to free up the purgeable space, keep on reading. We will explain how to purge purgeable space on Mac. 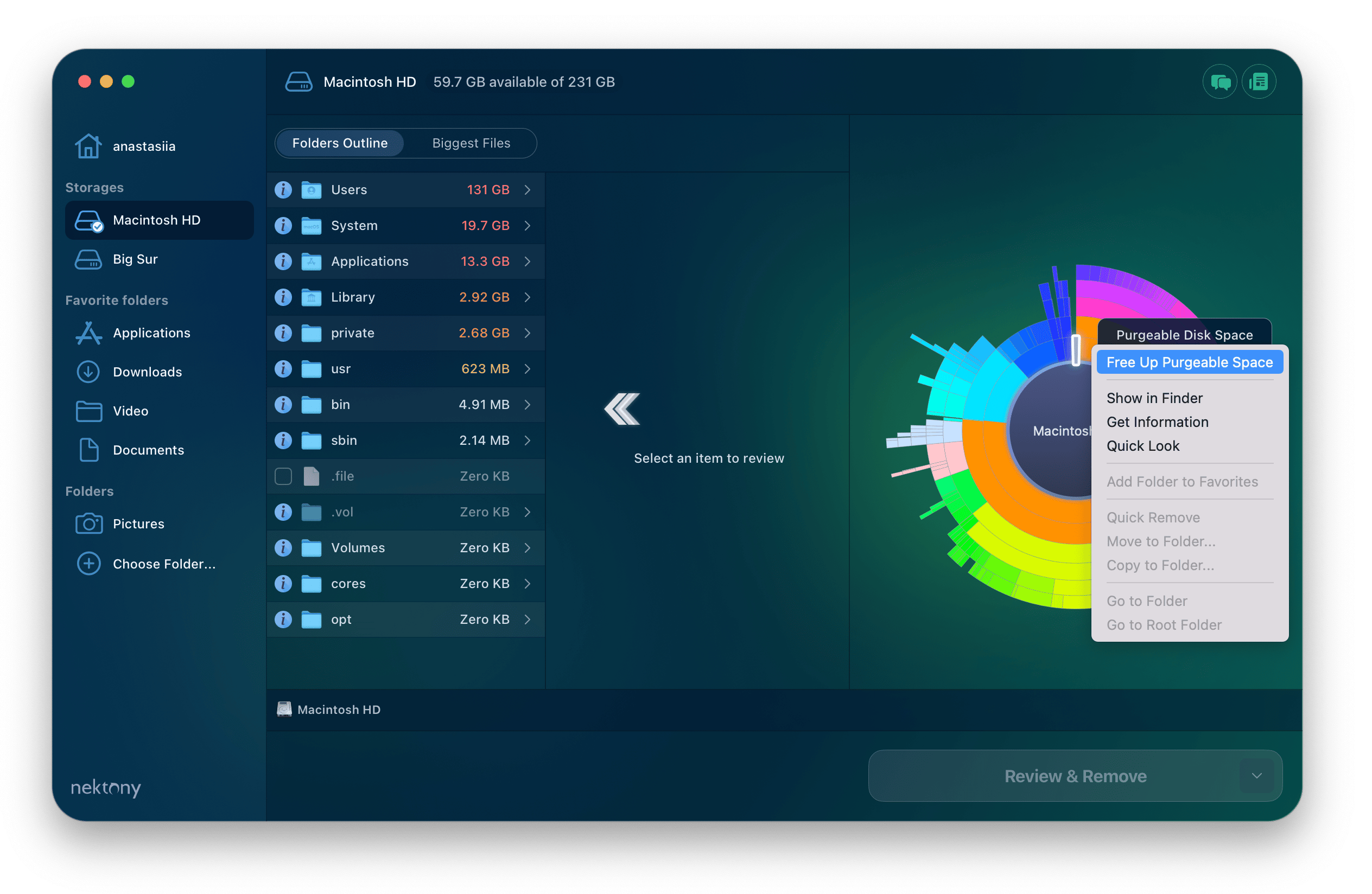