How to uninstall Antivirus from Mac

The first and most important thing you should remember is never to remove antivirus software just from the Application folder in the Finder window.  It may cause another set of problems:

Here are some quite frequently asked question from users:

The reason for this issue is that almost any antivirus software penetrates the operating system very deeply during installation, and it is not always easy to find its service files even if you remove Application support files from the Library. It is very important to remove all leftovers of removed Antivirus for Mac that were used before.

The most reliable way to remove the antivirus software from your Mac is to first visit the official support page of your antivirus developer and there check how to uninstall it correctly. Usually, the developers provide uninstaller for their programs. 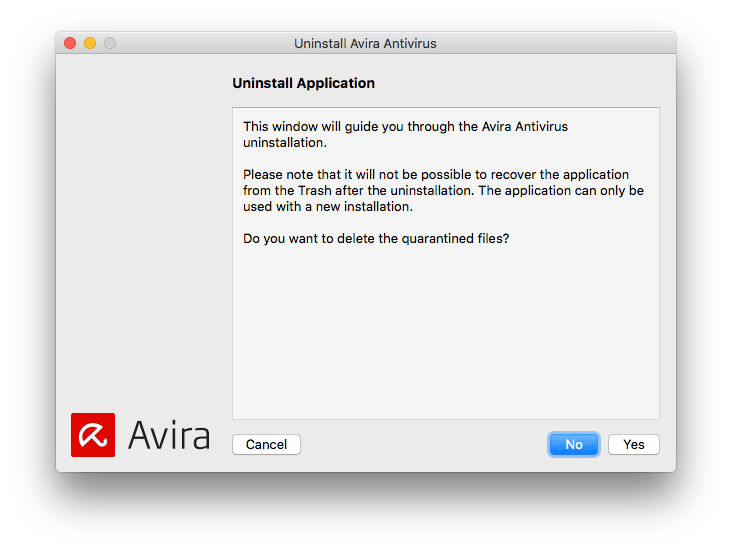 But please note, some antivirus software create a kernel file and hide them in Extensions folder is deep subfolders. Also, they protect kernel files from being deleted. If you try to remove such a file to Trash, you will face a situation when Finder ignores the removal command. If you face such an issue, please learn how to remove a kernel extension on a Mac.

Another way to uninstall antivirus software is to use third-party removal tools, for example, App Cleaner & Uninstaller by Nektony.

There are 3 easy steps to uninstall malware protection programs with App Cleaner & Uninstaller. But before you do so, it is important to quit the antivirus. Otherwise, the running processes in the background can create new files. You can also check for background processes with the help of Activity Monitor and close all related running processes. And only after this, uninstall the program. 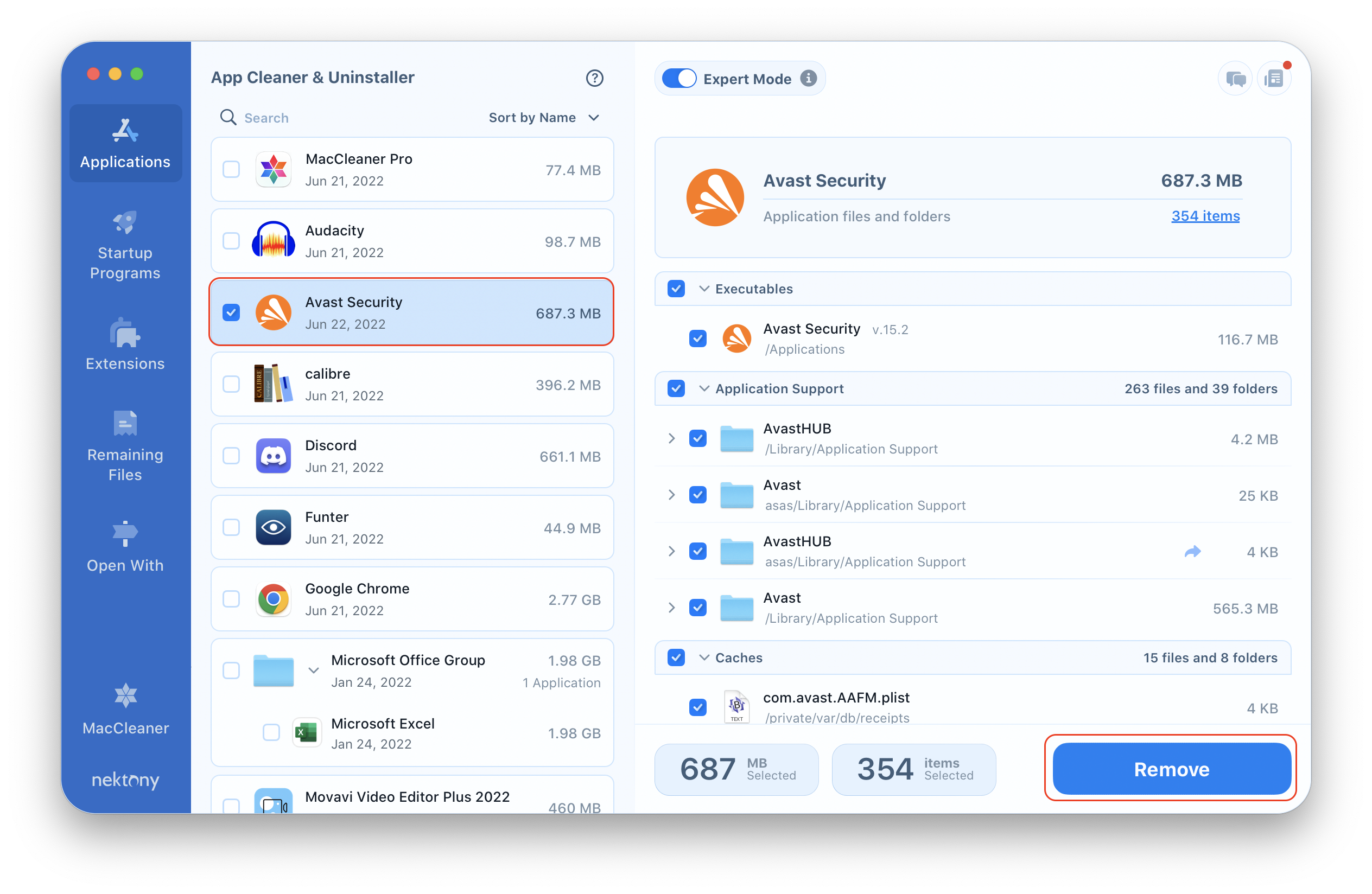 App Cleaner & Uninstaller allows you to find even the leftovers of already removed apps. So if you forgot to quit the antivirus, don’t worry. Just launch the uninstaller again and go to the Remaining Files section. Remove the service files of antivirus from there. 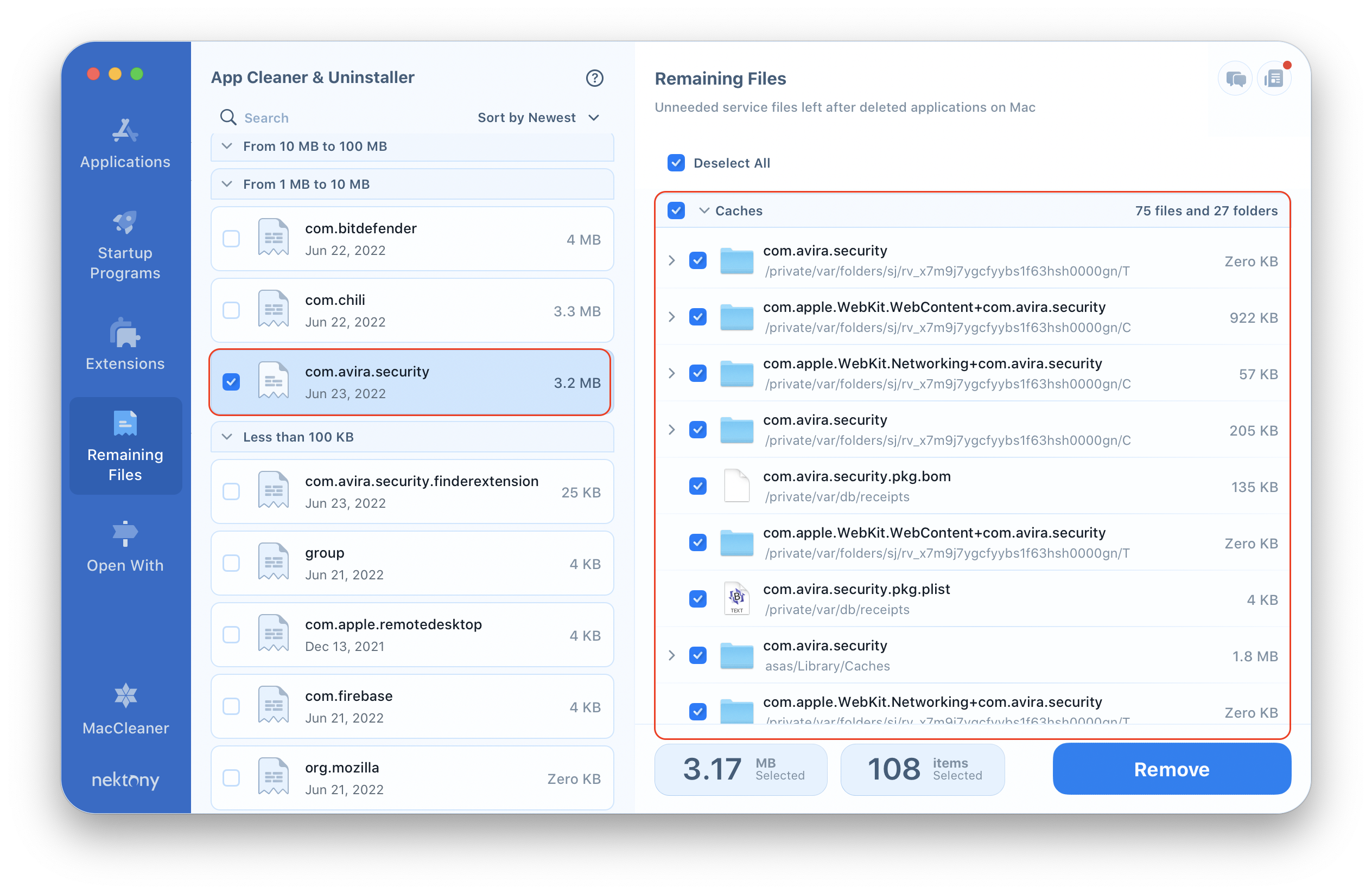 Then restart your Mac. The problem should be resolved.