If you switch from Windows to a Macintosh computer, you may wonder whether you need defragging your Mac for disk optimization. In this article, we will dive into the Mac defrag questions and tell you how to defrag a Mac hard drive.

1. What is disk defragmentation
2. Do you need to defragment a Mac?
3. How to defrag a Mac
4. How to do a disk cleanup on a Mac

What is disk defragmentation

Fragmentation is the process of splitting a large file into “fragments,” which are written to different sectors of the hard disk. This happens when the free space on the disk is presented in the form of small scattered fragments and it is impossible to save a large file on it. The fragmentation has some flaws, for example, your computer needs more time to find and read the information on the disk. Also, the disk wears out quickly due to the need for accessing the disparate sectors.

Defragmentation is the reverse process. The files on the hard disk are reorganized in such a way that the parts of one large file are stored side by side.  In short, defragmentation removes the gaps between the recorded parts of the files, collecting them into a single whole part. As a result, defragmentation allows you to speed up your computer. 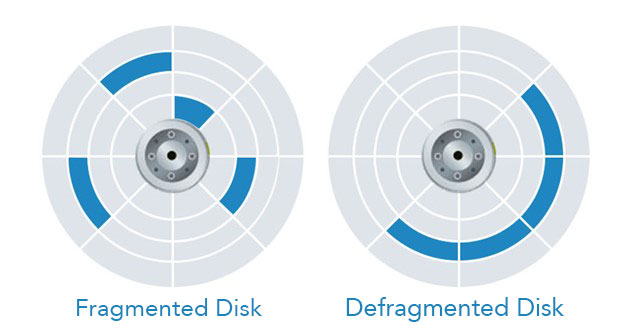 Do you need to defragment a Mac?

The Microsoft file systems use the classic FAT and the more modern NTFS, which do not provide built-in mechanisms to combat fragmentation. That’s why the Windows OS requires defragmentation every few months. The procedure can take quite a long time; however, it helps to optimize the computer’s performance.

Unlike Microsoft, Apple uses the HFS+ (Hierarchical File System), which provides a special function Hot File Adaptive Clustering, or HFC. The main purpose of this component is to automatically prevent fragmentation of disk storage. Moreover, Apple computers use SSD hard drives that have a different algorithm to eliminate fragmentation. These drives have their own automatic process – TRIM, which performs all the debug process functions on the SSD.

Thus, there is no need for Mac disk defrag. The MacOS is designed in such a way that it “takes care” of all the files on your computer, so you do not need to worry about it. The only exception where you may need to defragment Mac is the following circumstance:

However, even in such cases, Mac’s slow performance happens so rarely that the defragmenters have never been included in the standard set of Apple utilities.

How to defrag a Mac

The macOS does not provide a tool for defragmenting the hard drive. The only thing Apple recommends is to make a full backup of your data, format the hard drive, reinstall the operating system, and then recover the files.

If you still think that your Mac requires optimization, you can use third-party utilities, designed to defragment Mac’s hard disk.  There are several apps for this task:

iDefrag is one of the most popular apps to defragment a hard drive. It costs $32 but provides a trial period. 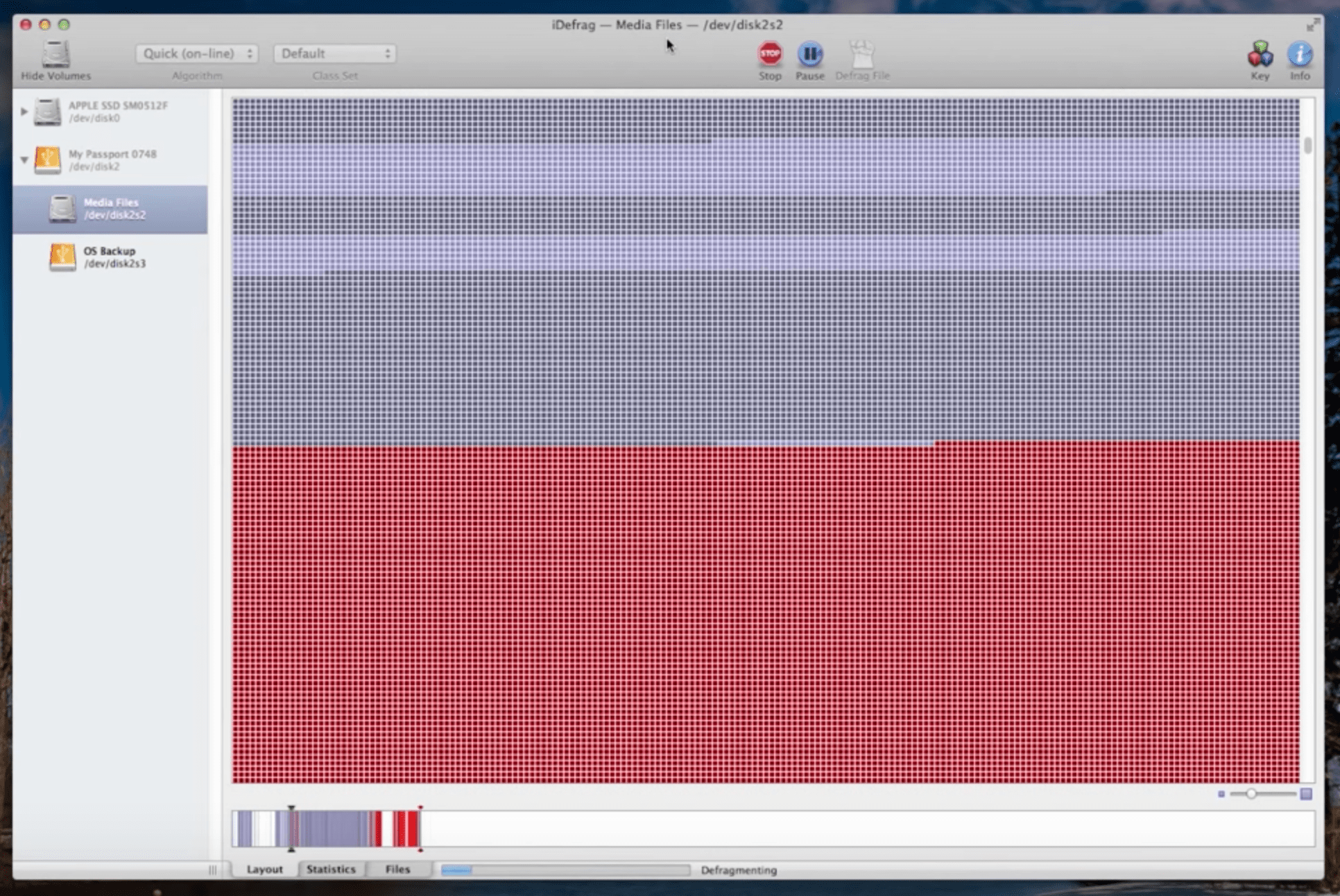 Drive Genius is a more powerful program to defragment a Mac, which allows you to perform a full range of preventive actions, work with HD partitions and restore the data. The price is $99. 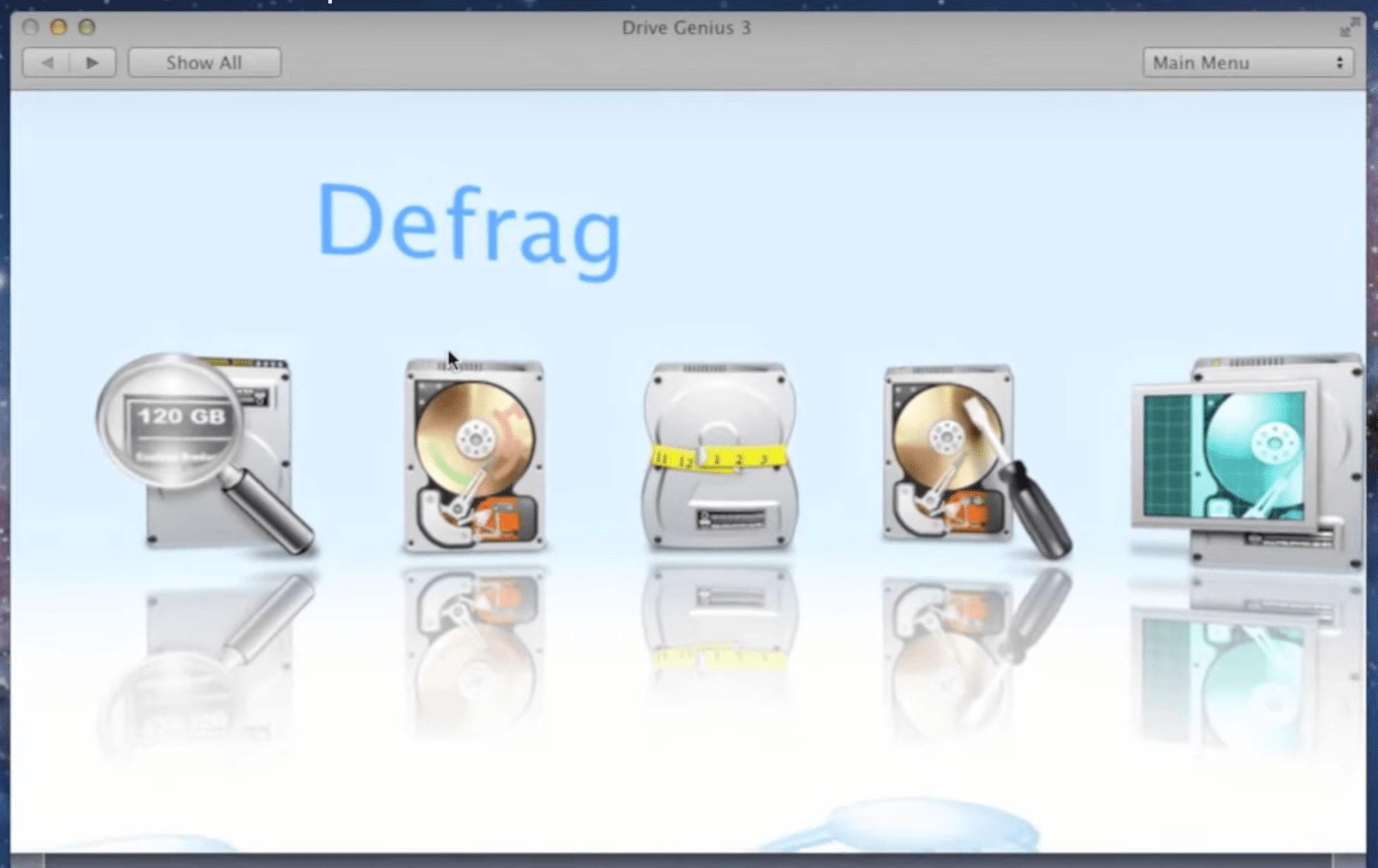 TechTool Pro 5 is a universal tool for Mac performance optimization, which has an option to defrag the Apple computer as well. TechTool Pro 5 costs $ 98. 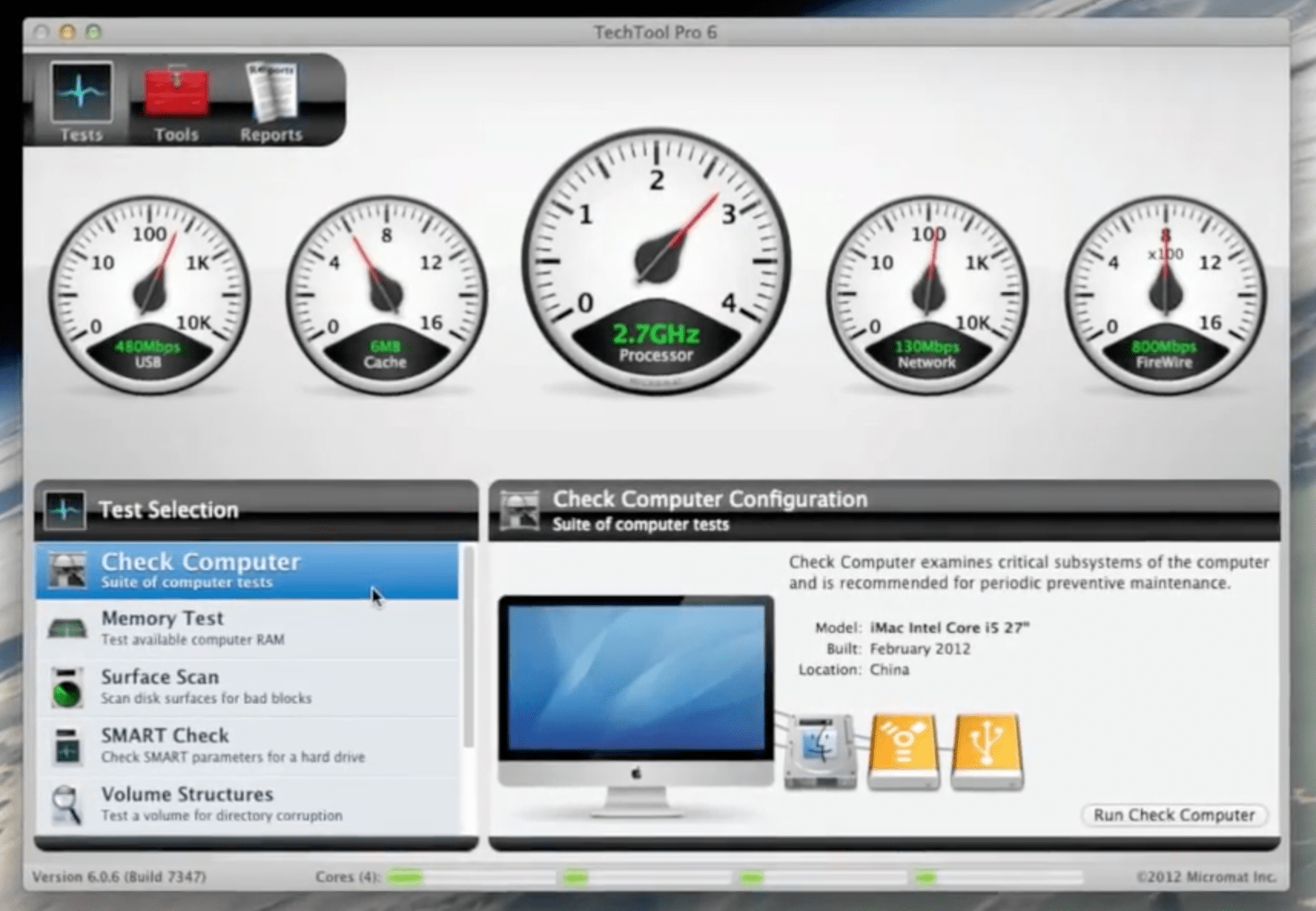 Please note, these programs are third-party type tools, and therefore you cannot get Apple’s support for them. Also, never use these programs on a Mac with an SSD. Otherwise, you can damage your disk and the system.

How to do a disk cleanup on a Mac

If you have quite a new Apple computer but notice a slow performance, then we recommend that you clean up your Mac of unneeded files. Your hard drive needs to have at least 15% free space to be able to complete simple operations and record temporary files. Read this complete guide on How to clean up your Mac.

If you do not store many “heavy” files on your disk but notice a slow Mac performance, then we recommend that you follow these simple tips to speed up your system:

What conclusions can we come to?

Clean up your Mac periodically in order not to get your startup disk full. Enough free disk space will never cause fragmentation of files. If you want to defrag your Mac, you should make a backup copy with Time Machine and reinstall your operating system. It’s fast, reliable and doesn’t cost a penny.

Asya is a content marketer and tech-writer for Nektony. Her focus is on tutorials to fix macOS and iOS systems issues and optimize storage space usage. She also shares useful tips and tricks that every Mac user should know.